On Sunday June 5th, 2022 ENYSSA hosted its Annual State Cup Championships. Below is a recap of the 3 games that were played to determine the winners.

D’Arpino Cup – Honoring Livio D’Arpino, who served in ENYSASA as 1st VP for Amateur and Youth, Select program, ODP program for ENYYSA, Rules chairman, State cup chairman for both Youth and Amateur, and many other committees until his untimely death on Christmas day, 2002.

Borgetto FC beat NYPD Finest Soccer with a 4-2 to win the D’Arpino Cup. The game was well played and back and forth until a 90th minute match winner by Borgetto’s Garcia gave me them a 3-2 lead before a 4th goal was added in the 92nd minute to seal the game 4-2.

Ann Rapaglia Cup –Honoring Ann Rapaglia, the late wife of longtime President Salvatore Rapaglia. Ann worked tirelessly in the background while raising a family to promote and help soccer grow within Eastern New York. Ann was always a supporter of the ENYSSA Women’s Leagues and was a part of many committees and meetings. 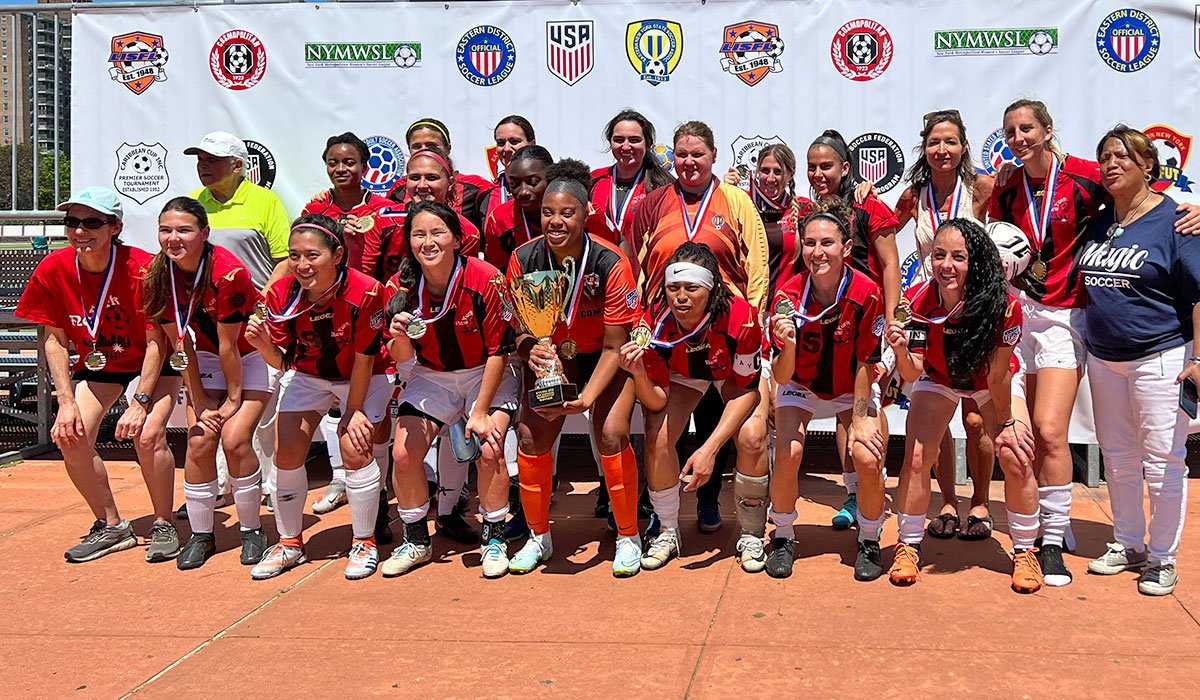 NY Magic Soccer bested Beyond FC 5-0 to capture the Ann Rapaglia Cup. The match started off very calculated with both teams have chances at goal in the early stages of the match. In the 30th minute, NY Magic Soccer broke the deadlock before adding a second in the 45th minute. Beyond FC had some promising attacks with an all out offense out of the gate in the second half, but NY Magic was ready to pounce and ultimately netted an additional 3 goals to complete another successful cup run in the 2021-2022 season.

Flamhaft Cup – Honoring Jack Flamhaft – Jack began his work in USSF as a delegate in 1935 and went on to eventually become president of the Federation for a two-year term beginning in 1959. In his time as president and in many other official capacities, he was responsible for many structural changes to the Constitution and By-Laws of the USSF. 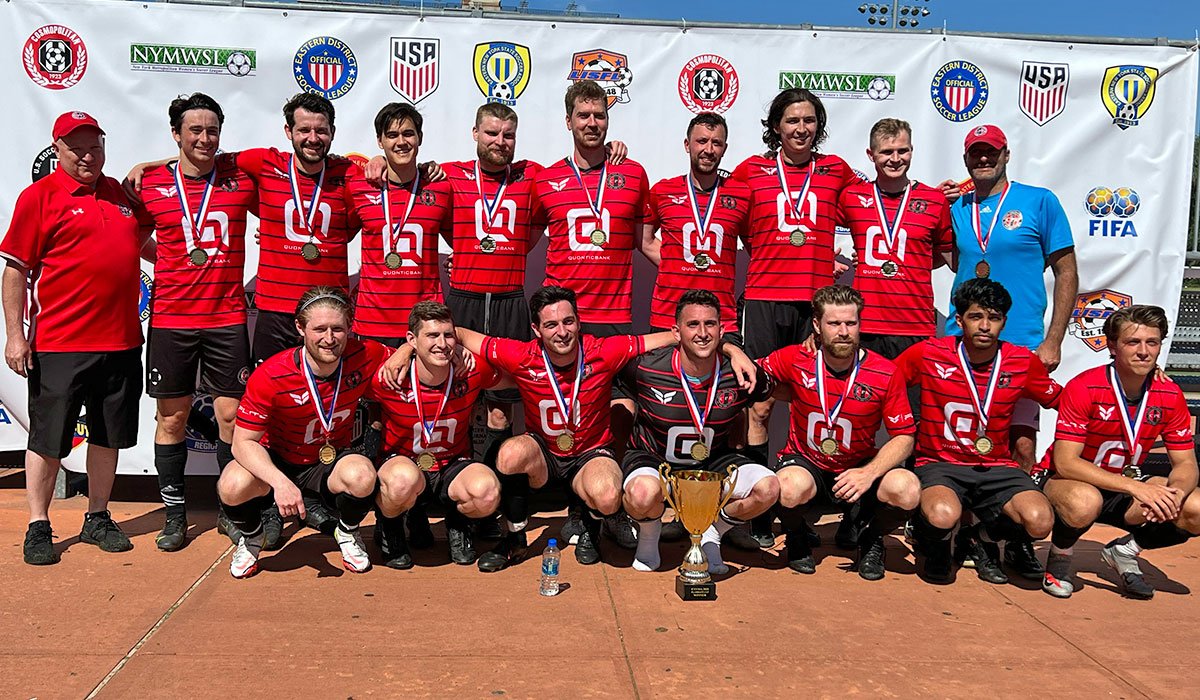 Central Park Rangers Reds came out 3-1 winners in the Flamhaft Cup, beating out NY Irish Rovers. CPR Reds jumped out to an early 1-0 lead after a 9th minute long throw into the goal area was was inadvertently deflected into the NY Irish Rovers goal by a defender. CPR Reds in the 22nd minute added a second with a well hit volley from 22 yards. Some late game drama began shortly after CPR Reds went up 3-0 in the 79th minute. NY Irish Rovers was awarded a penalty in the 85th minute along with a CPR Red player receiving a red card. NY Irish Rovers capitalized on the penalty opportunity, however, CRP Reds would hold out and ride their 3-1 margin to victory.